Years ago, I was sitting at the kitchen counter when my (then 16 year old) track star son Drew announced he was going for a long run on one of the forest trails near our home.  I could see his mother becoming anxious as he grabbed a water bottle 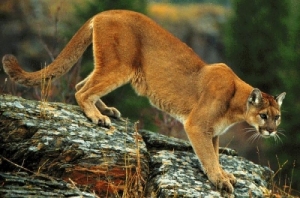 out of the fridge and a handful of mixed nuts from the jumbo-sized Costco jar sitting on the kitchen counter.  Mom announced: “I don’t want you running in the woods, I heard there was a mountain lion spotted there a few days ago.”

Drew glanced over to me for a little fatherly support, and I mentioned that the odds of Drew getting mauled by a mountain lion were about as high as being pecked to death by a flock of marauding ducks.  While my snide comment didn’t score me any relationship points with mom, it allowed Drew to sneak out the door for his planned run.  A couple of hours later, Drew returned safely home from cougar country and during dinner, he asked his mother if he could borrow her car for the evening to meet up with some friends.  Without batting an eye, Linda handed him the car keys, bid him to be careful, and instructed him to be home at a decent hour.

From a philosophical perspective, I found this whole event fascinating.  In Montana, there has only been one recorded death caused by a mountain lion, but Montana is 2nd in the nation for teen driving deaths with 34.1 deaths per 100,000 teen drivers.  With these facts, why all the fuss over running in the woods but little outrage over driving into town to meet friends? 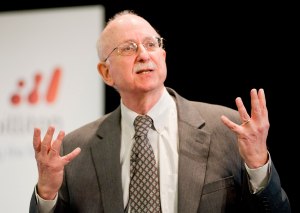 something that is legitimately risky.  According to Sandman, there is almost no correlation between what is dangerous and what upsets people.

In other words, the things that actually kill people and the things that regularly upset people are rarely the same thing.  To help clients deal with appropriate responses to risk, he developed the following formula:  Risk = Hazard + Outrage, where “hazard” is the technical (real) component of a risk and “outrage” is the social component (personal response) to the hazard, which may or may not be appropriate.  In order to effectively mitigate a risk, communities (or individuals) need to not only reduce the hazard, they will also have to demonstrate the appropriate amount of outrage towards the given hazard.

I have written extensively on how government macroeconomic policies can impact economic outcomes, and it is easy to be outraged, particularly when such policies result in investment portfolio declines.  Not a day goes by when I don’t hear client outrage over budget deficits, the declining value of the U.S. dollar, or the impact of regulation on our economic growth.  As frustrating as many of these policies may be, I suspect our collective outrage towards these policies may be inappropriate to their risks.  In fact, I believe governments’ economic policies throughout history have had less of an impact (positive or negative) on individual financial security than personal economic choices and behaviors.

If each of us managed our own balance sheets by living within our means and avoiding excessive debt we could negate at the micro household level what is happening at the macro government level.

While quantitative easing by the Federal Reserve might be causing an erosion of purchasing power, owning inflation protecting investments can actually take advantage of the Fed’s inflationary actions.  It has been said that inflation steals from the saver and redistributes to the investor.

Similarly, the growing national debt certainly burdens our children and threatens their future prosperity; however, if each of us managed our own balance sheets by living within our means and avoiding excessive debt we could negate at the “micro” household level what is happening at the “macro” government level.

Studies have shown that humans tend to fear the perceived dangers of risks they can’t control more than the actual dangers of risks they control completely.  In other words, we fear the low probability cougar attack outside of our control more than the far more probable teenage driving death, particularly when we control access to the car keys.  In the same way, it is our natural default mechanism to blame things outside our immediate control (like government, our boss, family, etc.) for our economic crises rather than focus our energies on behaviors within our control that have historically ensured financial security.

In order to deal effectively with the risk of financial insecurity, we need to adequately focus our energies towards things that have the greatest impact. Let’s say each of us has 100 units of energy available to use towards reaching financial security.  Given that the hazards affecting our financial security are varied, with some outside of our control and some within our control, how should we allocate our energy units?  I recommend dialing back our outrage against hazards we can’t control to say, 30 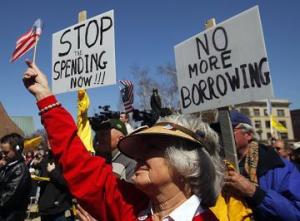 units of energy, and I recommend increasing our expenditures of energy towards behaviors under our immediate and personal control, to 70 units.

Throughout history, America has experienced both wise and foolish government policies; however, one thing continues to ring true: financial security is primarily the result of what individuals do, and very little is the result of what government does.  By spending more time focusing on our personal budgets and less on the government’s budget, we can be assured our “outrage” and behaviors are managed appropriately for the “hazards”.