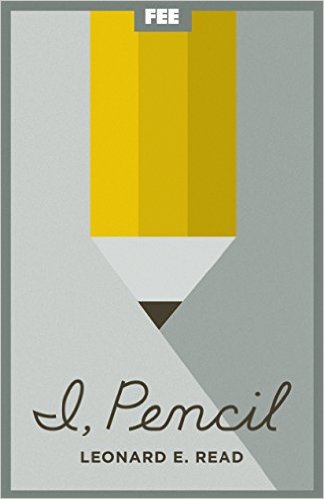 “The lesson I have to teach is this: Leave all creative energies uninhibited. Merely organize society to act in harmony with this lesson. Let society’s legal apparatus remove all obstacles the best it can. Permit these creative know-hows freely to flow. Have faith that free men and women will respond to the Invisible Hand. This faith will be confirmed. I, Pencil, seemingly simple though I am, offer the miracle of my creation as testimony that this is a practical faith, as practical as the sun, the rain, a cedar tree, the good earth.”

I recently ordered a pair of Bluetooth wireless sport headphones with noise cancelling technology that will interrupt the audiobook I am enjoying on my smart phone whenever I receive an incoming call. While hiking up the mountain trails that surround my rural Montana town, I will be able to  carry on a hand’s free conversation through my headphones, and the audiobook will resume where I left off when I end the call. The headphones cost me $19.77, and they will be delivered to my rural Montana doorstep in two days at no extra charge. I love free markets.

In 1958, Libertarian founder of the Foundation for Economic Education Leonard Read wrote an essay titled: “I, Pencil.” In this essay Read highlights the wonders of capitalism. While we take the common pencil for granted – we see them everywhere and they cost practically nothing – the pencil is anything but simple. Although the pencil is only made up of four components: wood, clay, metal, and rubber, none of us has ever made our own pencil, and most of us wouldn’t have a clue how to do so. As the essay describes, free markets have wonderfully brought millions of people together from many nations to produce a product as complex as the pencil in such a way that  is now so inexpensive and ubiquitous that we take it for granted.

A couple of years ago, Linda and I wintered in Arizona. As we traveled throughout the state, I marveled at how much food is grown in what I considered a desert wasteland. We didn’t have to drive far from town to see acres and acres of citrus groves, dairy farms, fields of lettuce, or grape vineyards that supply Arizona’s growing wine industry. It fascinated me to see Americans producing more food than they could personally eat out of ground that seemed incapable of growing anything.

Recently, I have seen a steady stream of  news stories reporting Venezuela’s food
shortages. Photos of empty grocery store shelves and toilet paper riots are shown on social media every day. It seems strange a country with such an agreeable climate for growing food, and adjacent to a ocean teeming with fish, would have so much trouble feeding its people when Americans living in the Arizona desert

are able to grow a cornucopia of plenty.

Venezuela is an example of a centrally planned economy where the government controls nearly every aspect of the food market. Recently, the government forced farmers and food manufacturers to sell anywhere from 30-100% of their products to the government at prices lower than the what the private grocers and supermarkets are willing to pay. This has caused the farmers and food manufacturers to stop producing food at a loss. Instead, a black market has developed where toilet paper, rice, flour, cooking oil and other staples are being sold at six times higher than the government’s fixed prices.  In other words, the Venezuelan government’s efforts to force food producers to produce below market prices has essentially caused shortages that have pushed prices up significantly higher. Nowadays, a pound of cheese purchased on the streets of Caracas costs 50% more than my new headphones.

In spite of the fact that we take cheap pencils, toilet paper, and basic food staples – not to mention refrigerators, birth control, contact lenses, cell phones and jet travel – for

granted,  there are many people who believe that free markets “don’t work,” and that there is something nefarious about the profit motive. What we are seeing in Venezuela is an excellent example of what happens when bureaucrats rather than customers determine the prices of goods and services sold in the marketplace. In Venezuela’s case, when the government dictated prices lower than producers could profitably meet, they just stopped producing food, and as demand increased, black marketeers began smuggling  in and selling those same products at prices high enough to compensate them for their risk of being arrested and possibly thrown in prison.

The Venezuelan people are capable of producing more than enough food to feed themselves and others; unfortunately, their government’s policies discourage them from doing so.  But in spite of the Venezuelan government’s well documented blunders, there are millions of Americans who believe there is something immoral about the profit motive that inspires Americans to do back breaking work in the Arizona desert harvesting lettuce so that people in New York City can enjoy a nice salad. Markets do work when they are free, and it is ironic to see so many people using smartphones made in China, intellectual property from the United States, and materials mined in Africa, to communicate on social media that they prefer an economy that more closely resembles Venezuela’s food distribution system to that which produced their phones. Free markets aren’t perfect, but I prefer living in a society where UPS deliverymen have incentives to deliver my inexpensive luxury headphones to my doorstep rather than a society where we have to stand in long lines for hours to pick up our weekly government allotment of toilet paper and cooking oil. Sometimes the blessings of free markets are so abundant it is easy to lose our appreciation for them. 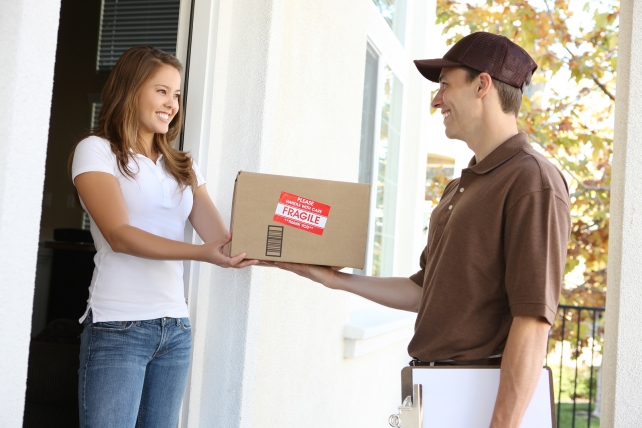