Make no mistake, The Affordable Care Act (a.k.a. Obamacare) is going away. It will either implode under the weight of its own faulty design, or it will be politically dismantled.  Although extremely popular among those with -existing conditions and those who receive subsidies and tax credits, Obamacare is equally unpopular among those middle class Americans who are required to pay for it. In 2017, federal subsidies to compensate insurance 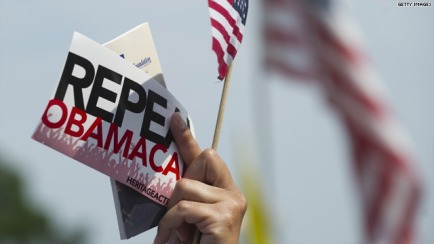 companies for the costs associated with covering sick and older people ended, and premiums across the nation rose dramatically. The announcement of significant health insurance cost increases around the time of the 2016 November elections contributed greatly to Republican victories for the White House, Congress, governorships, and state legislatures.  Republicans have been very critical of Obamacare since its inception, and they made campaign promises to repeal it, if elected. Now that Republicans are in power, they must answer to those who supported them in the election. What the Republicans are quickly learning however, is their supporters hate the cost of Obamacare, but they love all the goodies it provides: no lifetime caps, coverage for pre-existing conditions, subsidies and tax credits for low income people, and cost shifting of premiums away from older, less healthy people to younger and healthier folks.  Republicans are now in a quandary over how to get rid of all the unpopular aspects of Obamacare while retaining all the popular ones.

Ambitious politicians have a history of making promises they can’t keep. While they are partly to blame, voters are also responsible when we pressure politicians to accomplish the impossible. An example of an impossible task is providing every American unlimited lifetime health care coverage at a price all of us are willing to pay. E 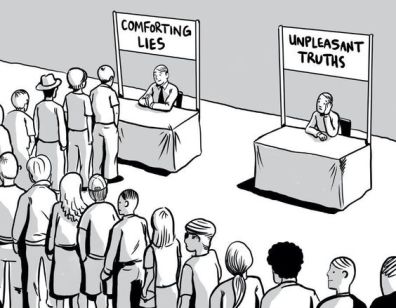 veryone wants the security of knowing that unlimited checks will be written on our medical behalf, but few are willing to pay the requisite 30-50% of our incomes for that security. Politicians can promise us that they will deliver such a plan, but they will fail because it is impossible for a centrally planned program to provide such a level of assurance.

A better way to manage health care cost risk than having the federal government do it is for us to do it ourselves through mutual aid. The mutual aid model has been around for decades in the form of health care sharing ministries (HCSM’s).  As a financial advisor, I have been familiar with HCSM’s for over 20 years, and I wanted to participate when I first heard about them; however, my wife Linda was very skeptical about attempting something so unconventional, so I didn’t press the issue; but, when our health insurance premium and deductible both jumped nearly 20% the year Obamacare was established, Linda softened her resistance and we made the jump to an HCSM.  We are extremely happy that we did.

The most important thing people need to understand about HCSM’s is they are NOT insurance. Whereas the relationship between a policyholder and an insurance company is contractual, the relationship within an HCSM is a covenantal agreement between individual participants.

HCSM’s are not-for-profit religious organizations that act as clearinghouses for people who hold similar strong beliefs and who wish to share their medical expenses with each other.  HCSM’s organize the efforts of their participants by funneling financial support towards those participants who incur medical expenses.

Here’s how it works with our HCSM:  Each month the HCSM publishes a newsletter which it distributes to all participants.  The newsletter lists participants who have incurred legitimate medical expenses, and it directs other participants to send a previously agreed amount of money t

o those with medical expenses. The gift givers are also encouraged to pray for those to whom they send money.  Recipients are given a list of participants the HCSM has assigned to send them money, and when they receive it, they cross that gift giver’s name off the list. Assigned gift givers who are late in sending funds are reported to the HCSM who reminds them of their commitment, and if they continue not to send gifts as they agreed, they will be dropped from the program.

There are no financial reserves, no legal protections, and no lawsuits; there are only thousands of participants helping each other with medical expenses, organized by an HCSM.  Eleven months of the year gifts are sent to participants, and one month a gift is sent to the HCSM to cover the costs of running the organization. This demonstrates the overhead cost of the program is only 8.3%, which is significantly less than the 20% of overhead expenses and profit insurance companies are allowed under Obamacare.

Most HCSM’s hold strict lifestyle and moral guidelines for participation: no tobacco, drug use, or sex outside of marriage, and only moderate alcohol use is allowed.  Some require overweight participants to demonstrate good faith efforts and progress towards losing weight.  All participants are ultimately responsible for paying their medical bills, and participants are expected to negotiate lower fees from their health care providers before submitting a medical share need to the HCSM.  HCSM’s don’t pay for preventive care; mammograms, pap smears, and annual physical exams; all these services are paid for by the participants themselves. Most HCSM’s (but not all) require members to be  active church attendees, and several require a pastor’s signature verifying a participant’s commitment to the HCSM’s lifestyle and faith obligations. With that said, there is no reason (other than political) why people of different worldviews and values couldn’t organize their own health care sharing programs around common values and needs.

There are many attractive features of HCSM’s. First of all is the cost. Even though many Americans enjoy tax credits and subsidies for participating in Obamacare, the actual unit cost of health insurance is extremely expensive compared to an HCSM. As a married couple in our 50’s, we pay $440 per month vs.  $1101 per month for an Obamacare insurance plan. Whereas our Obamacare deductible would be $6500 per person, our HCSM out of pocket is only $300 per incident (up to three incidents per year). Many folks – after discovering HCSM’s – have been able to retire before age 65 because their HCSM is significantly less expensive than their previous health insurance plan. Secondly, HCSM’s are much more liberal in what they are willing to cover. If your doctor says you need it, your procedure is covered.

One feature I find particularly satisfying is the cooperative and democratic nature of our HCSM. Instead of dictating monthly premiums, our HCSM membership votes on whether or not to raise our monthly sharing responsibilities. Membership participation in determining what we all will contribute monthly ensures we are allocating resources wisely, and it encourages all members to behave in ways that result in keeping total costs lower.

Although 99% of medical claims are less than $250,000, a major concern of many prospective HCSM participants is the fear of a catastrophic event, such as a million dollar claim. In the plan we use, we have enrolled in the “Save to Share” program. In the Save to Share Program, Linda and I agree to set aside $266 per year to be used in the event one of our members has a health care need in excess of $250,000.  In the 3 years we have participated in the Save to Share program, we have never been asked to contribute the full $266 in a single year. Unlike with conventional insurance, the Save to Share program allows members to keep their money until it is actually needed, which in turn helps keep costs down.  Here is an example of how the Save to Share might work:

An individual has a $1 million medical need, and the HCSM covers up to $250,000. Assuming there are 30,000 families participating in Save to Share, each participating family would be directed to contribute $25.00 to cover the $750,000 difference.

There are only 6 HCSM’s in existence today, and this is because current law doesn’t exempt HCSM participants from the Obamacare penalty for not having health insurance unless the HCSM has been in operation since 1999.  If the Obamacare penalty goes away, there would no longer be disincentives preventing new HCSM’s from forming, and new health care sharing programs, organized within affinity groups such as religious orders, fraternal organizations, or even local credit union memberships, could proliferate.

Although  more liberal than pre-Obamacare insurance companies, most HCSM’s have strict guidelines for enrolling new members with pre-existing conditions. But there is no reason for the government not to provide incentives encouraging HCSM’s to accept people with pre-existing conditions. The most efficient way  is to offer tax credits to those participants whose HCSM’s allow a percentage of new members to have pre-existing conditions (i.e., 5%). The key to success for this idea is to have hundreds of HCSM’s instead of the current six.  By spreading the risks and costs among hundreds of different HCSM’s, the shared risks and  costs would be significantly lower than under our current health insurance model which is currently drowning in both.

Rather than react to Obamacare’s ultimate demise, the prudent citizen should proactively inves 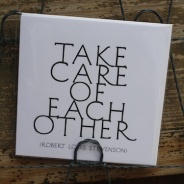 tigate alternatives. For many middle class families, health care costs can now be as high as 25-40% of a family’s annual income. HCSM’s have proven to offer lower costs, higher quality, and less uncertainty than conventional insurance or single payer systems. HCSM’s have proven to be economically viable, but their future risk is primarily political. Unless HCSM’s can generate more public interest, there is a risk these wonderful programs could be taken away.

One thought on “A Low Cost, Mutual Aid Alternative to Obamacare”